How to drive public engagement with your article: introducin 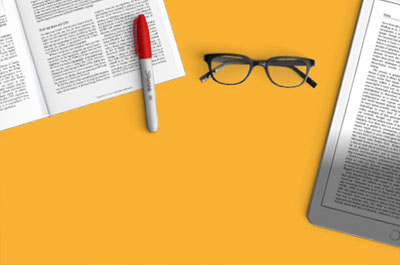 When it comes to publishing your research, getting accepted in the right journal is only part of the struggle. Authors are increasingly under significant pressure to demonstrate the societal impact of their work. This often boils down to being able to introduce and explain your work to a wider audience. If you can engage with the public and show what you’re trying to achieve then you’re a good way along the road.

At Sense about Science, we firmly advocate engaging with the public’s questions and concerns as early as possible. This is why we’ve just released a new guide for researchers embarking on this process. The practical handbook Public engagement: a practical guide draws on our experience in working closely with researchers and other partners to enlist the feedback of the public on some of the most complex issues.

Public engagement doesn’t have to be scary

Researchers often approach public engagement with a sense of trepidation. "Isn’t this data too complex for a non-specialist?" "How can I expect the public to be interested in what this information might mean?" "This issue is just too sensitive to trust people to grasp."

These are some of the thoughts researchers have when thinking about how to present their findings to a lay audience. But public engagement – and sincere public engagement – doesn’t have to be scary. In fact, when done well, it is a richly transformative process that can result in something that shapes and brings to life findings previously squirreled away from non-specialists.

Learning from past projects

In 2016, we worked researchers from the PRAIS 2 project(Partial Risk Adjustment in Surgery), who had been funded by the National Institute for Health Research (NIHR). The researchers had previously developed a model that estimated the risk of death to children undergoing heart surgery. The topic was clearly an emotive one, even more so because of recent headlines about certain heart surgery units having more deaths than others which had caused understandable alarm.

The PRAIS 2 research team wanted to build a website that not only showed people how the NHS was monitoring surgical outcomes, but one which explained a sensitive topic in a way that reflected the data. We worked with them and with a group of engaged, invested parents of children having heart surgery to collaborate on constructing a website. The feedback gained during the process fundamentally informed the researchers’ output in ways they hadn’t anticipated and provided parents with a website that helped them to navigate issues that had previously often been poorly-communicated.

The five steps of good public engagement – what we’ve learnt

Your first step involves exploring how the issue is viewed and understood. To do this, you’ll find the press, internet forums, informal chats and social media to be useful. Don’t be afraid  to think broadly – scoping the issue out is a key part of understanding where the public are starting from when they engage with the issue and is central to defining the next step.

Who is interested in this area and would be engaged in your findings? It may be that the constituency that matters most is obvious but there may be other groups that get overlooked. Be as open-minded as possible in considering who the audience might be – after all, people don’t have to be experts in a specific scientific field for it to be of significance or interest to them.

In this step, you’re beginning to consider what language, design and format is most suitable for communicating your findings. Think about what resources would most illuminate and clarify your research to a public audience. In this stage of resource development, you’ll find you’re doing a lot of drafting and redrafting as you consider your terminology and prepare your materials.

Working closely with the public in user-testing is something we strongly advocate at Sense about Science. Indeed, in the Children’s Heart Surgery project, it was formative – not only to the final output but to the researchers’ thinking about communications. Giving users the opportunity to critique your research is a fundamental part of this whole process and will often drastically change any assumptions you had about how best to present your findings.

When you allow the public to work closely with you in shaping important, emotive research findings, disseminating the final project is often organic. Organisations that you consulted and shared your public engagement plans with early on, or who’ve put you in touch with others, will often be curious about what you’ve produced, and will be keen to show it to others. Make sure you explore the sharing options for your published work as thoroughly as possible.

Trusting your audience with your research pays dividends

At Sense about Science, we often hear that some issues are simply “too difficult” or “too emotive” to involve the public. It must be said that, in more than a decade of experience working in public engagement, we have yet to find this to be the case. The children’s heart surgery project is  a good example. Not every potential reader of your research may be trained in how to read a funnel-graph about hospital survival rates, but that doesn’t mean they don’t care about what the rates are – or indeed whythey are. Trusting them to help you to communicate technical information in a meaningful way is a rich and rewarding process that not only shapes public understanding of science, but also transforms the way researchers understand the wider significance of their work..